With assistance from the ALDAMA Foundation, the Andrew Lees Trust (ALT UK) has been working to develop its new strategy, which focuses support to communities and southern NGOs directly with funding and capacity building. 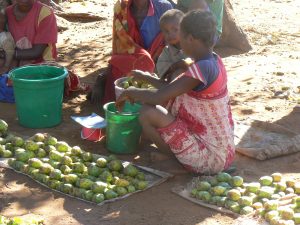 In light of serious food insecurity for populations in Southern Madagascar following a severe drought in 2016, The Trust has committed to using Aldama Foundation funds to support its local Malagasy NGO partner, Andry Lalana Tohana (ALT MG),  in delivering vital emergency relief for famine affected communities in the Androy region.

The funds will assist ALT Mg to deliver cash transfers to drought-hit communities where families are facing severe food shortages.

Cash transfers enable families to purchase food and other essentials. This support is in keeping with ALT’s current mission and will specifically fulfil the following objectives:

The cash transfer funds have been accorded by The World Bank in response to the Malagasy Government’s famine alert. The programme is co-ordinated by the Ministry of the Population, Social protection and the Promotion of Women (MPPSPF) and is implemented by Fonds d´Intervention pour le Développement (FID) and the National Office of Nutrition (ONN) as part of the National Community Nutrition Programme (UPNNC).

However the World Bank grant/FID programme will not cover any of the local NGO’s running /core costs while it delivers the relief programme in Androy, and which are essential for the effective implementation of the field work and the functioning of Andry Lalana Tohana during the three year project period.

The Aldama Foundation funds will therefore be used to support ALT MG’s core running costs and enable it to operate while it delivers the cash relief to affected communities. In this, Aldama funds represent co-finance to the relief effort, and capacity building support for the local NGO*.

The Severe Drought in South of Madagascar 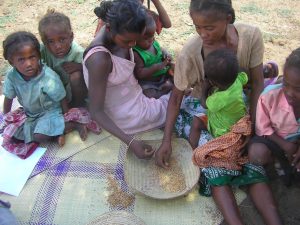 This emergency programme responds to an urgent and vital need. The impacts of four years of severe drought was deepened in 2016 by the el Niño effect and the UN reports:

“1.4 million people are estimated to be food insecure in 2016/17 in Madagascar’s three southern regions of Androy, Anosy and Atsimo-Andrefana. Of these, around nearly 850,000 are acutely food insecure, meaning they are not able to meet their food needs and require urgent humanitarian assistance”.

Lack of rainfall in the Androy region has resulted in an 80 percent decline in maize production last year compared with the already reduced levels of 2015. It has also affected production of cassava, another staple food in both Androy and another southern region, Atsimo-Andrefana, where cassava production dropped by approximately half. The regions of Atsimo-Andrefana, Boeny, Melaky, Betsiboka and Ihorombe have experienced a significant decline in rice production of between 25 and 60 percent. As a result of the drought, the government has declared a state of famine in the south. 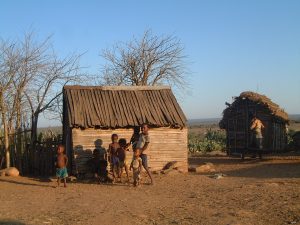 Prone to annual drought and food shortages, the deep south remains one of the most fragile areas of the island with more than 82% of the population living below the poverty line and facing an annual three month hunger gap. Climate change is aggravating soil erosion and deforestation and contributes to the food security challenges in the deep south and to income at household level, also to water supplies. Faced with extreme drought, the populations of the deep south are hard pressed to stabilise their livelihoods, nutrition and human capital and rebuild their assets 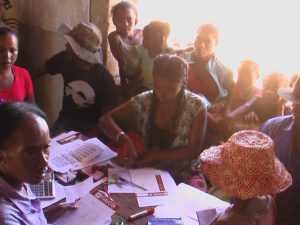 The ALT MG team has considerable experience working on food security programmes and in the affected communities. Consequently it has positioned itself to act as an approved agent – ‘Agence d’Enregistrement et d’Encadrement’ (AGEE) – to deliver a cash transfer programme, to assist over 8000 people, approximately 1400 families in severe crisis between 2017- 2019.

(a) monetary transfer for human development program; (b) the implementation of a social protection programme (c) activities in disaster response.

ALT will ensure the implementation of the following activities: 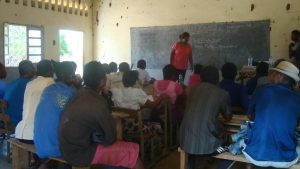 Training in Manakompy for the Committee of Social Protection (CPS)

ALT UK has drawn up a partnership agreement with ALT MG for the transferal of the Aldama funds. ALT UK will provide ongoing mentoring and technical support as required, as well as translation and assistance with report writing to the UK donor.

*As Cash Transfers become increasingly a mechanism for emergency humanitarian aid, developing the skills and experience in this sector will position ALT Mg to be a local leader in the south for future interventions; this programme therefore represents important capacity building for the ALT MG team.