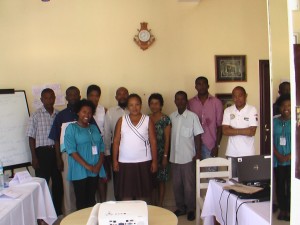 VVD Training for Journalists in the South  In the last few months ALT Mg has been finalizing its plans and preparing to launch a training of radio journalists in the ALT VVD approach led by ALT Mg in the south.

ALT UK has helped ALT MG to secure funds from UNESCO IPDC for a main training and also co-finance from the Adsum Foundation to support further training through experiential learning for the journalists.

The objective of the training  is to imbed the VVD civic engagement approach into local media practice in the south – enabling it to promote human rights and democratic discourse . The project will train and build the capacity of six local journalists from FM radio stations  in Anosy and Androy regions who have partnered with ALT in the  south over many years.

This project builds on the success of ALT’s Village Voices for Development (VVD) Feb- Dec 2012 and from further lessons learn through the scaling up process for the EU funded electoral communications campaign, civic engagement component (Dec 2012- August 2013) . See previous blogs and below. 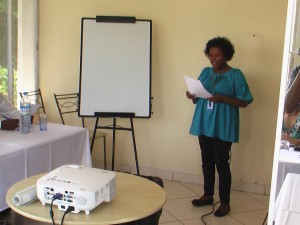 The first training was launched in November and benefitted from collaboration with Search For Common Ground (SFCG). The SFCG session was led by Lalatiana Farasoa RAKOTONDRANAIVO and focused on skills in reporting and understanding the role of media/radio in conflict prevention; a session on the production of phone in programmes  was guided by the ALT Mg Director Hanitra Raharimanana.

Follow on training in the field will be delivered by ALT MG in 2014 after the current election rounds have been completed. ALT Mg’s specialised VVD team will work with the radio journalists and build their capacity to produce interactive programmes with 12 village radio listening groups and local decision makers using the VVD approach and formats including phone in programmes. The programmes will be broadcast each month and impacts will be monitored to feed into follow up programmes and phone in debates (see also VVD approach at http://www.andrewleestrust.org/voices.htm)

This approach recognises that a one off training will not yield sustainable results and that experiential, hands on learning with accompanied mentoring will enable the radio station journalists to gain the necessary experience and skills to maintain the programme format in the longer term.

It is anticipated that the regular broadcast  of VVD style programmes will create growing acceptance and willingness of civil society, and decision makers to engage in democratic discourse through the media as a matter of daily life, -thereby contributing to democratic political reform.

EU Elections campaign  by September 2013 ALT Mg completed all its work on the EU funded elections communications campaign and in November the final external evaluation report was published by the lead partner SFCG,  highlighting the impacts of the project including the civic engagement component that was undertaken by ALT Mg. See http://www.andrewleestrust.org/PDFs/Evaluation%20final%20SFCG-ALT%20oct2013.pdf

For further information about the current elections in Madagascar visit :http://www.anglo-malagasysociety.co.uk/newsletter.html

From ALT UK and ALT MG

very best wishes for a Joyful and Peaceful Christmas and a Happy New Year. 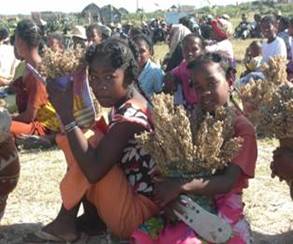